Bentley, you might argue, has built its reputation around its W12 engine. In fact it makes more twelve-cylinder engines than any other automaker. But where it’s offered, the V8 might be the smarter buy – and now it’s on offer in the Bentayga as well.

More to the point, it’s the exact same output as the version found in the latest Porsche Panamera Turbo, which tells you a lot about where it comes from (as opposed to the previous Audi-sourced engine).

Regardless of its source, it’s enough to send the Bentayga V8 to 60 in 4.4 seconds and to a top speed of 180 miles per hour (as compared to the 4.0 seconds and 187 mph mustered by the twelve-cylinder version).

The hundred-pound weight reduction does its part, but the Bentayga V8 still tips the scales at a portly 5,280 pounds – or about two and a half times the weight of the Lotus Elise built on the other side of the same country. Fortunately Bentley is offering a 48-volt active suspension system, along with carbon-ceramic brakes. They’re not only the largest it’s ever made, but feature the biggest front brake discs offered on any car in production: 440 mm, with ten-piston calipers up front (and 370 mm discs at the back). At 17 inches, those front discs are bigger than the wheels on most cars! No wonder the Bentayga offers wheels ranging from 20 to 22 inches.

Along with the new engine option, Bentley’s offering an array of new interior trims, including deep reddish-brown “cricket-ball” leather, carbon-fiber trim, and a steering wheel appointed in wood and leather. Expect the V8 option to reduce the Bentayga’s price of admission, but not by enough to make it “affordable” to most of us, by any stretch of the imagination. It may be an SUV with a smaller engine, taking the marque once again into new territory – but it’s still a Bentley, after all. 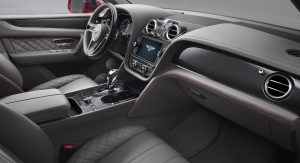 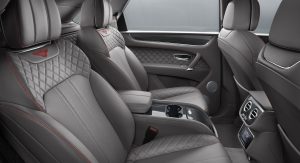 Check out all 40 custom colors U.S. customers could choose for their 2019 Golf R.

The Porsche Taycan works as a great example to discuss car photography.

New Audi A3 Getting An Extended Wheelbase Version In China

The Chinese-spec Audi A3 will be powered by a 1.5-liter turbo four-cylinder engine.

Did You Know That The Lotus Carlton Can Actually Hit 190 MPH?

Hit redline in 5th, change to 6th, and the Lotus Carlton’s speed limiter is disabled.

This tuned Opel Kadett lines up against some pretty serious performance machines.

Seat Tarraco Is The Perfect Caddie As It Can Carry Over 8,500 Golf Balls

The Chrysler Airflow was developed with the help of Orville Wright.

What If The 2021 Ford Bronco Sport Was Chosen To Serve And Protect?

Here’s what the new 2021 Ford Bronco Sport would look like as a Police Interceptor.

Would You Pay Nearly $70,000 For This Aussie Ford Landau Coupe?

The Ford Landau Coupe was based on the Falcon GT Hardtop of the day.

Subaru Stops Taking Orders For The BRZ, Get One While Stocks Last (UPDATED)

What If The 2021 Ford Bronco Sport Was Chosen To Serve And Protect?

Did You Know That The Lotus Carlton Can Actually Hit 190 MPH?