Ariel North America has started building the Atom 4 in the United States.

Largely identical to the European variant, the North American Atom 4 is built in Virginia and powered by a turbocharged 2.0-liter four-cylinder engine sourced from the Honda Civic Type R. 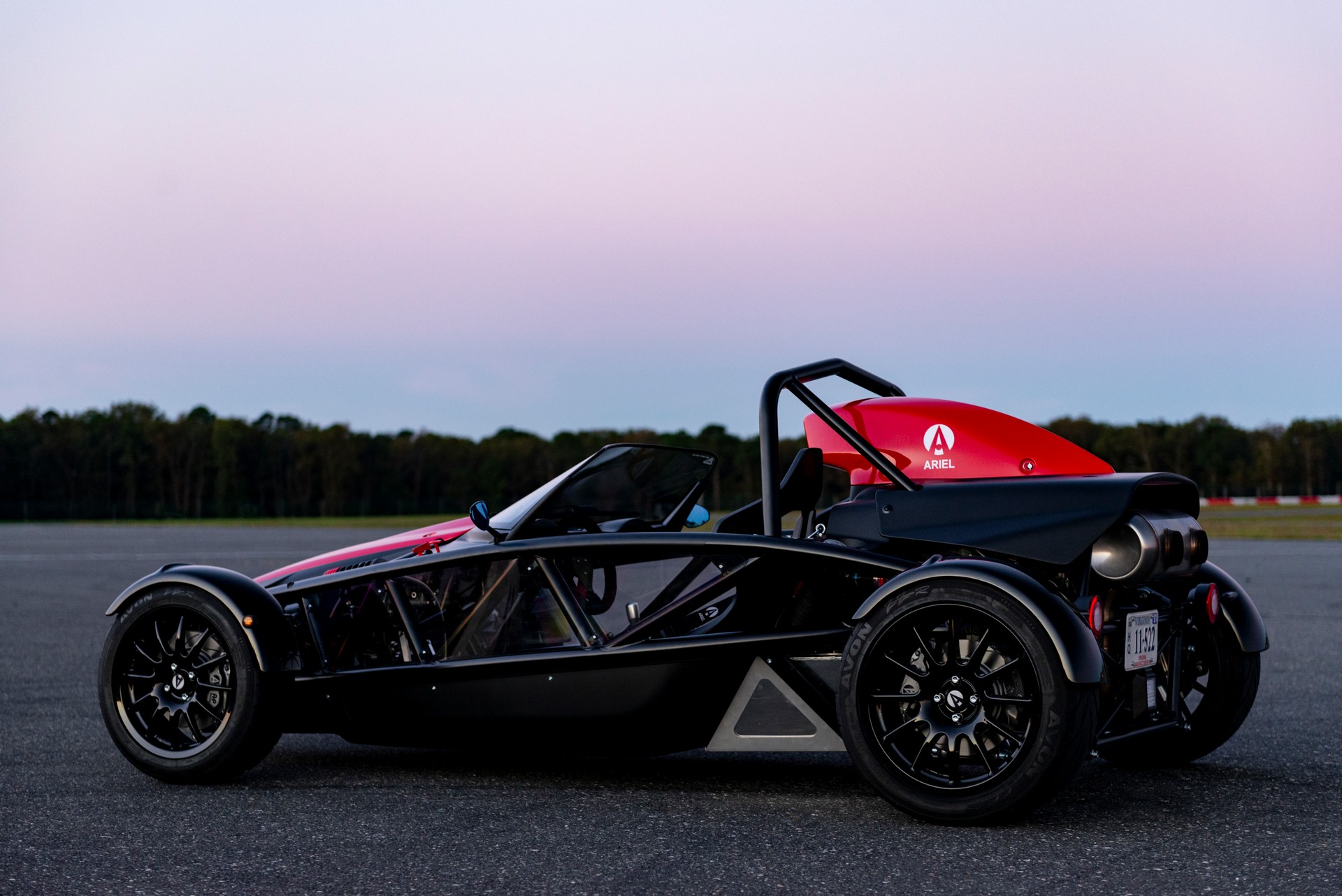 If that isn’t fast enough, an optional performance package increases the engine’s output to 350 hp (261 kW / 355 PS) thanks to ECU tuning, a three-stage boost controller and a performance exhaust. The package also includes a limited-slip differential, an adjustable traction control system and an upgraded radiator.

While the powertrain carries over from the Euro-spec model, the American variant has a laminated windscreen, a front wiper and a revised suspension with Eibach springs and adjustable Bilstein dampers.

Staggered 16- and 17-inch wheels are standard, and they’re backed up by a market-specific braking system that features four-piston AP Racing calipers as well as 11.4 inch (290 mm) ventilated discs. Carbon fiber wheels are optional and they weigh nearly 50% less than the standard alloys. Customers can also opt for two-piece rotors and high-performance brake pads specifically designed for the track.

In the United States, pricing starts at $74,750. The performance package costs $7,995 and the car can also be equipped with upgraded suspensions, carbon fiber packages as well as track packs. If that hasn’t scared you off, Ariel is currently accepting deposits of $22,425.

VW is going to update the Polo with new styling inspired by the latest Golf.

Massive, luxurious, and featuring advanced technology, the Tank 800 hopes to be the subbrand’s new halo product.

Maserati has also dressed the Levante in the F Tributo Edition guise.

Chinese-built all-electric SUV could use Nissan Ariya platform and motors, offer up to 389 hp.

The new EV SUV will initially launch in China in the Spring of 2022 .

What The Punk Cat? A Four-Door Electric Beetle Debuts In China But It’s Not Made By VW

Lincoln wants to redefine American luxury with the Zephyr Reflection preview car, that it says is a teaser for designs to come.

With only 400 examples ever made, this Scoobie is going to fetch north of $160k.