The typical commercial van isn’t exactly the most desirable thing on the street, yet they’re a vital asset for those needing to haul in safe and secure comfort.

Hyundai’s entrant in this segment is known as the H1 as well as Starex Grand Starex, i800, iLoad and iMax among many other names depending on the market and whether it’s the commercial or people mover variant. It’s not as popular as some well-known nameplates; however, a radical new redesign aims to change this.

Read: Here’s What The New 2022 Kia Niro Will Look Like

Recently-spied prototypes cloaked in minimal camouflage indicate an imminent reveal, so let’s get in first and take a sneak peek before the covers are officially lifted.

At first glance, there’s certainly no escaping the boldness of this redesign. Attention-grabbing frontal styling consists of a large rectangular grille and split-headlamps that feature thin horizontal LED DRL’s under the hood’s leading edge.

Going against the usual trend of having a small glasshouse-to-body ratio, the H1 flips the script by adopting a fish tank appearance with unusually tall side and rear windows. Minimalist sheet metal surfacing is refreshingly devoid of fussy styling flourishes, and the rear has a squared-off look with vertical LED taillights and a large spoiler.

A Nicer Place To Travel 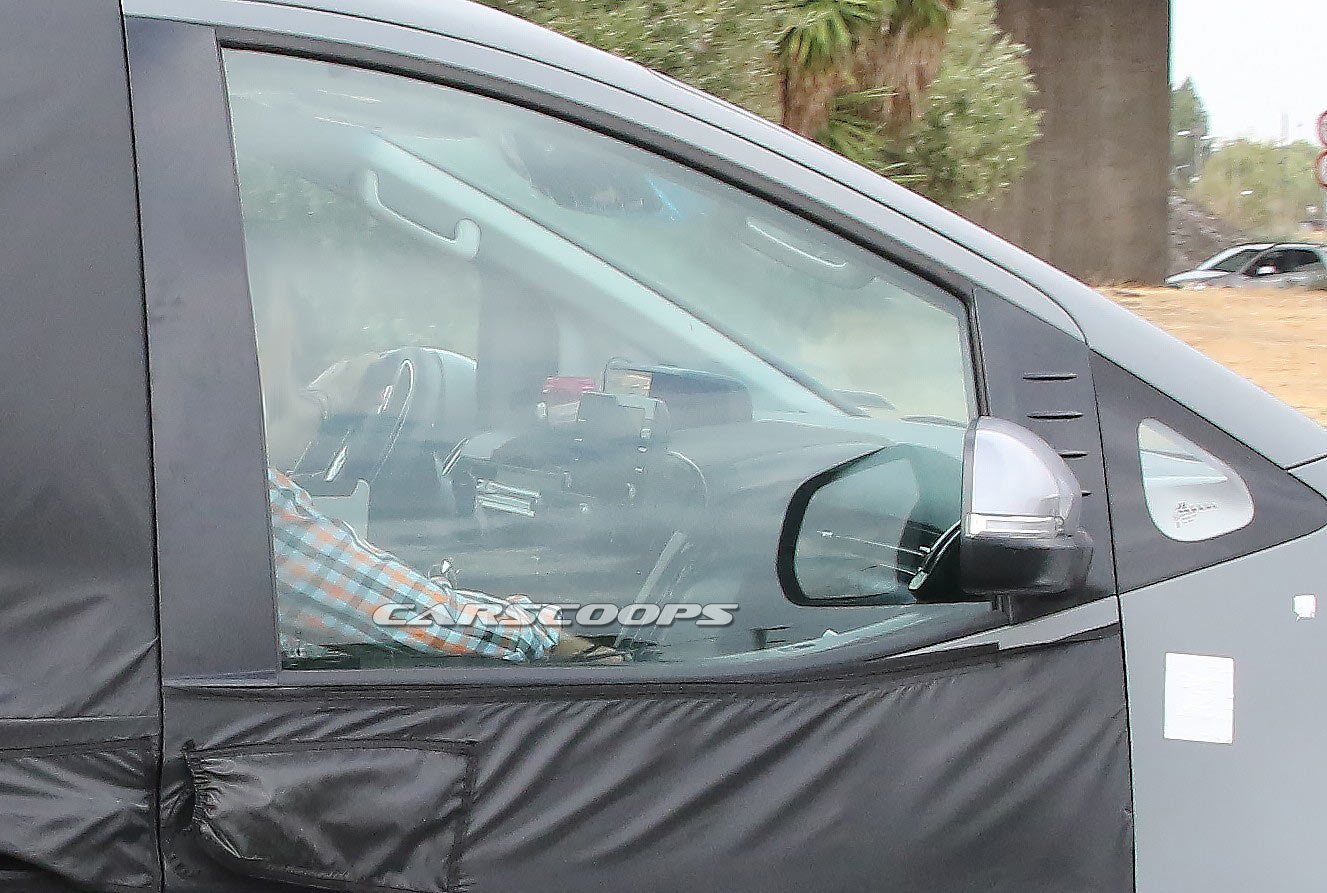 Like the exterior, the cabin also takes a radical new direction; here, the dashboard cascades downwards around the center stack, exuding a more car-like appearance. The steering wheel is shared with other models in the Hyundai lineup, and the freestanding gauge cluster is similar to the one found in Ford’s Mustang Mach-E. 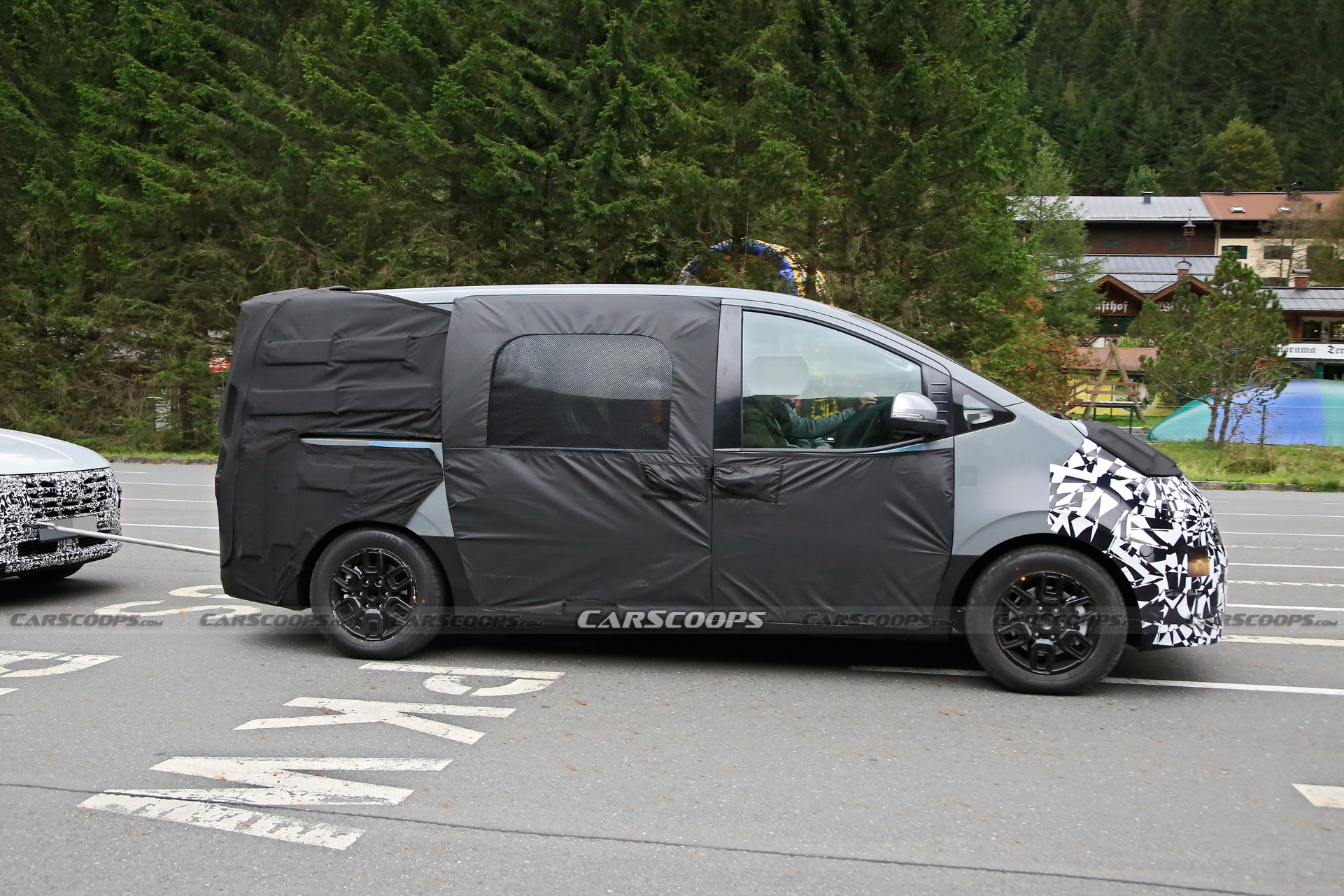 Depending on the market, the H1 will be powered by a mix of petrol and diesel engines. The oil burner is a 2.2-litre turbo-four pumping out 198 hp (148kW) and 325 ft-lb (440 Nm) via a new eight-speed automatic transmission. In regions where diesel is unpopular, Hyundai Motor Group’s new 2.5-litre turbo-petrol four-cylinder could do the trick; it produces 286 hp (213 kW) and 311 ft-lb (422 Nm). There’s also been talk about a hybrid as well as a full-electric variant to go with the times, but that’s something we’ve yet to confirm. 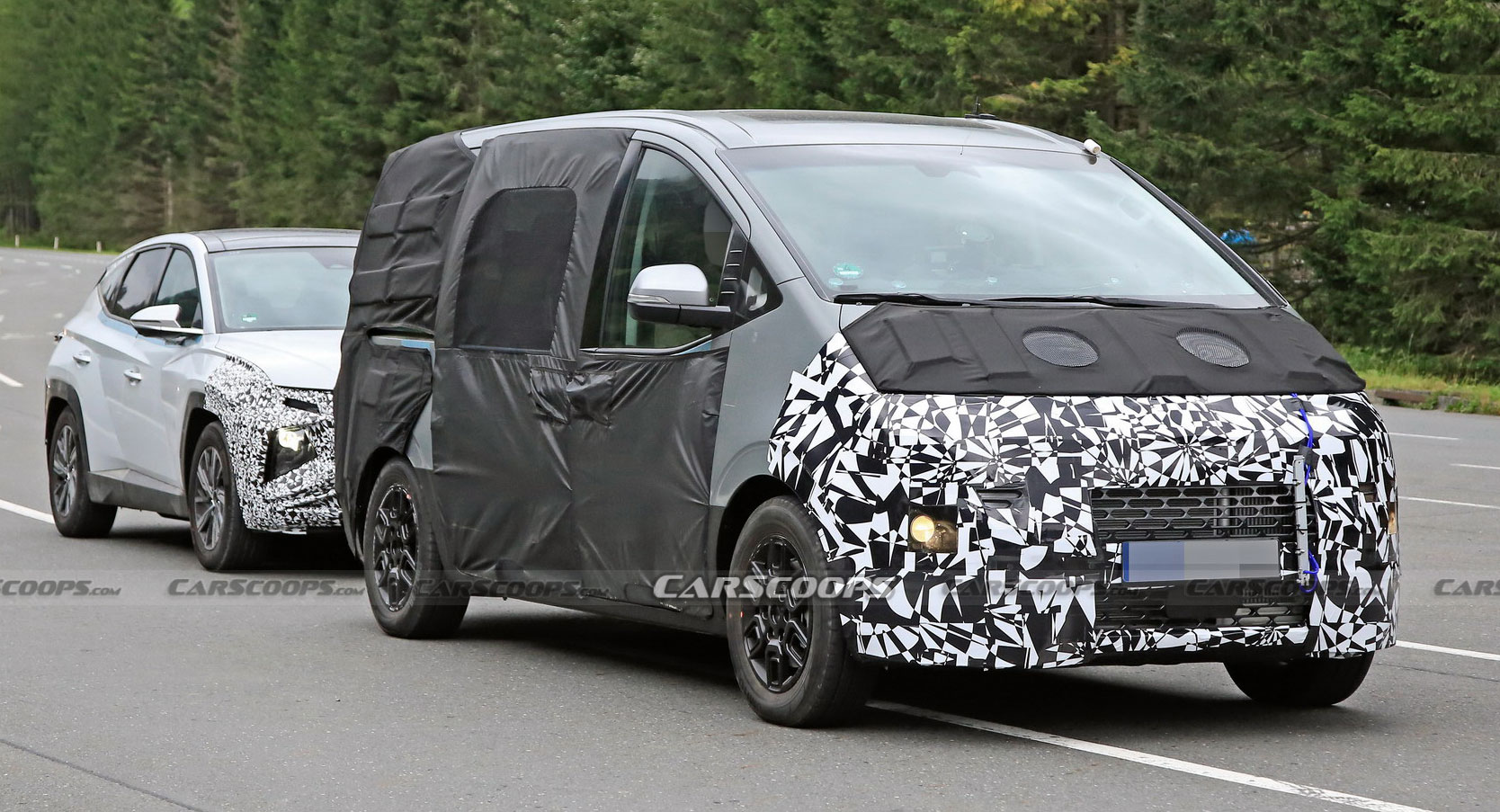 We anticipate an official reveal in the coming months, as an MY2022 entrant.

Note: The opening image is an independent illustration made by CarScoops’ artist Josh Byrnes based on our intel and recent prototypes

The one-off design concept pays tribute to Hyundai’s original Pony from the 1970s.

We compare the power, performance, batteries and driving range of the EQS and its rivals to see who wins the on-paper battle.

The 2022 Maverick will be based on the Bronco Sport’s platform and is expected to debut later this year.

A Fast Grey Wagon That’s Not An Audi? That Would Be Peugeot’s 508 PSE

What The Punk Cat? There’s An Electric Four-Door Beetle, It’s Just Not Made By Volkswagen

Plus Audi RS6 generations duke it out on the drag strip, and ex-McLaren designer explains how Ford made the Mach-E look like a Mustang.

The new ID.6 is about a foot longer than the ID.4. For now, there are no plans to sell it in North America.

The facelifted Kia K3, also sold as the Forte and Cerato, has revised front and rear fascias.

The T.50 Is One Of The Heaviest Cars In Gordon Murray’s Extremely Lightweight Collection

Apart from the SLR McLaren, nothing in Gordon Murray’s garage weighs more than 1,000 kg .

Enjoy The Sonorous Sound Of The 2022 Porsche Cayman GT4 RS