Just a couple of weeks after the new Corvette Z06 was unveiled, the automaker has followed it up with the Z06 GT3.R race car.

The GT3.R will effectively replace the Corvette C8.R that has been used in various championships around the world. It features many of the styling updates introduced by the road-going Z06 and morphs them into a track-only racer that, for the first time, will be available to both pro and amateur teams.

Powering the car is the same 5.5-liter naturally aspirated V8 as the C8.R and the Z06, but due to racing regulations, output will be capped to between 500 hp and 600 hp, Chevrolet says. The dual-clutch eight-speed transmission of the street car has also been ditched in favor of a six-speed sequential transaxle driving the rear wheels. 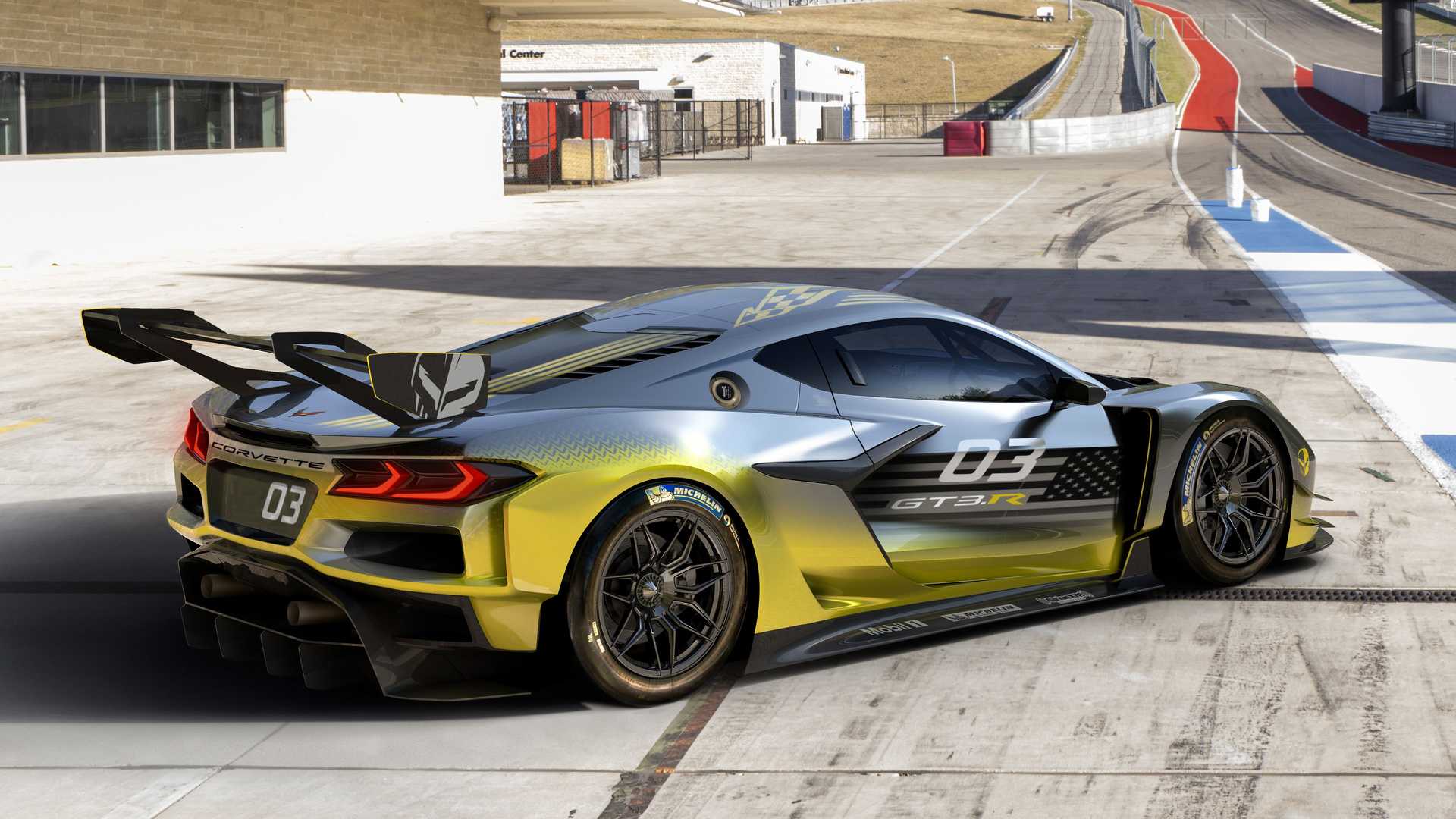 The Corvette Z06 GT3.R has also been equipped with double-wishbone suspension and features motorsport-specific six-piston front and four-piston rear brake calipers that can be quickly changed mid-race.

Various aerodynamic modifications have also been made to the car. For example, it has a unique splitter and dive plans affixed to the front bumper. The rocker panels and side skirts are also unique, as are the slim wing mirrors. Found at the rear is a towering wing and a huge diffuser.

“It’s an exciting time for Corvette – first with the reveal of the production Z06 and now confirming the Corvette Z06 GT3.R for customer racers,” Chevrolet’s director of motorsports competition engineering Mark Stielow said in a statement. “The availability of the Z06 GT3.R will allow customer race teams the opportunity to campaign a Corvette that has benefited from Corvette Racing’s rich history.”

Chevrolet hasn’t said how much the Z06 GT3.R will cost but has confirmed it will be ready for the 2024 racing season, meaning we will have to wait quite a while before seeing it in action.

Set to be unveiled on January 5, GM is already making plans for the Chevrolet Silverado EV.

The BMW Group expects 50% of all its sales to be for electric vehicles by 2030.

Plus, Stellantis and BMW collaborate, and Peugeot goes EV.

Seven out of the 11 new cars tested got five stars but the small EVs from Renault and Dacia disappointed.

The limited-run Chevrolet Camaro Wild Cherry Edition is based on the LT RS variant.

2023 VW Amarok Teased Again Showing Interior For The First Time, Will Be Produced In South Africa

Sales for the VW Amarok will commence in Europe in late 2022, followed by other markets.

The Exige has suffered some serious damage at its front end, and it wouldn’t surprise us if it were deemed a write-off.

The role of the co-driver has evolved considerably over the years and Audi shows you how.

$209,995 Will Get You This Special Chevy Corvette Grand Sport Continuation

CarScoops Is Looking For Writers, Come Join Us