Until Chevy took the wraps off the 2022 Corvette Z06, C8 Vettes were all powered by the same 6.2-liter V8, the only difference being a 5 hp uplift to 495 hp on cars ordered with the optional Z51 Performance package that comes with a performance exhaust.

But back in the 1960s buyers of the newly introduced C3 Corvette could pick from a fairly vast array of engines ranging from a vanilla 300-hp 327 (5.4-liter) V8 to a competition-spec 427 (7-liter) L88-code big block with almost twice as much muscle. And one of those mythical L88s is getting ready to cross Barrett Jackson’s auction block in Scottsdale this January.

Offered with no reserve, the Polar White ’68 coupe is one of just 80 cars equipped with the L88 motor that were made that year. The aluminum-head L88 cost a massive $948 on top of the $4,663 price of a base Corvette, and was actually only rated at 430 hp, or 5 hp less than the $437 L71 427. You also couldn’t have it with a radio, or even a heater, meaning it was for committed racers only. GM tried its hardest to dissuade anyone from buying it for the street.

But the 80 lucky Corvette buyers who did tick that L88 box knew Chevy was underrating the big-block mill’s true output by as much as 130 hp. Featuring a stratospheric 12.5:1 compression ratio, lumpy solid-lifter cam and a forged bottom end, it was only available in conjunction with goodies like the Muncie M22 “rock crusher” four-speed manual transmission, heavy-duty four-wheel disc brakes and uprated suspension.

Related: 1967 Chevrolet Corvette Convertible Is The Only One Of Its Kind 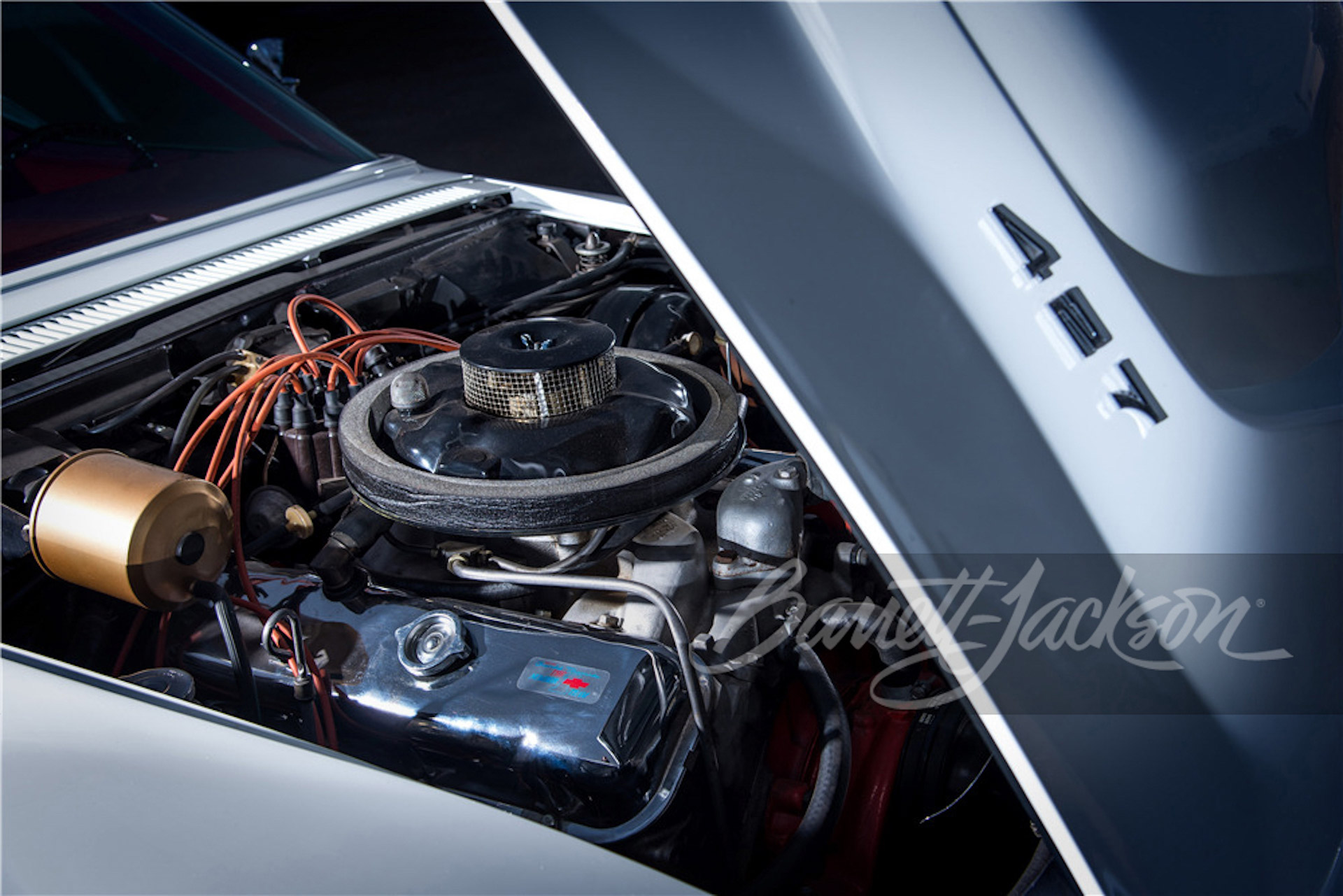 According to the minimal info on Barrett-Jackson’s page, the 25,000-mile car has been professionally repainted, has received an engine rebuild and even still has its original unused spare tire. The original build sheet showing that all important L88 option is apparently still glued to the fuel tank, which has been removed from the car (and presumably replaced by a duplicate).

How much is going to cost the next owner? Well, a 1969 L88 sold for $610,000 on Bring-a-Trailer earlier this year, which gives some kind of idea of what to expect. And if you think that’s expensive, you should take a look at prices for the 20 examples of the L88-equipped Corvettes built in 1967, which mated the crazy engine with the very last of the C2 Stingray bodies. One of those also sold earlier this year for a staggering $2.45 million.

Consistent price increases have been noted for all used vehicles, regardless of their powertrain.

For the first time ever, Stirling Moss’s Mercedes-Benz 300 SLR gets to drive in central London.

Set to be unveiled on January 5, GM is already making plans for the Chevrolet Silverado EV.

The BMW Group expects 50% of all its sales to be for electric vehicles by 2030.

Plus, Stellantis and BMW collaborate, and Peugeot goes EV.

Vanderhall’s Electric Brawley Off-Roader Priced From $35,000, But You Can’t Use It On The Road

CarScoops Is Looking For Writers, Come Join Us