Kia’s Telluride might be the talk of the town right now as the South Korean carmaker’s biggest SUV, but the bigger news might just be its smaller, mid-sized crossover offering, the all-new 2021 Sorento.

About to enter its fourth-generation, the Sorento (codenamed MQ4) aims to add a lot more spice to an increasingly competitive segment. We take an illustrated preview at what to expect from Kia’s redesigned Explorer rival.

While the current car has a conservative design compared to the chiseled appearance of the 2nd-generation Sorento, Kia’s styling game is arguably back on-point. This means the all-new Sorento exudes the same expressive design ethos as seen in its Soul, Seltos, and Telluride siblings.

Take frontal styling for instance; it adopts a chrome-framed adaptation of Kia’s Tiger Nose grille, with brightwork wrapping around slim LED headlights, leading deep into the front fenders to emphasize its stance. The sculptured front fascia is also joined by taut side pressings, and a unique rear quarter window fin also used on ProCeed sport wagon. 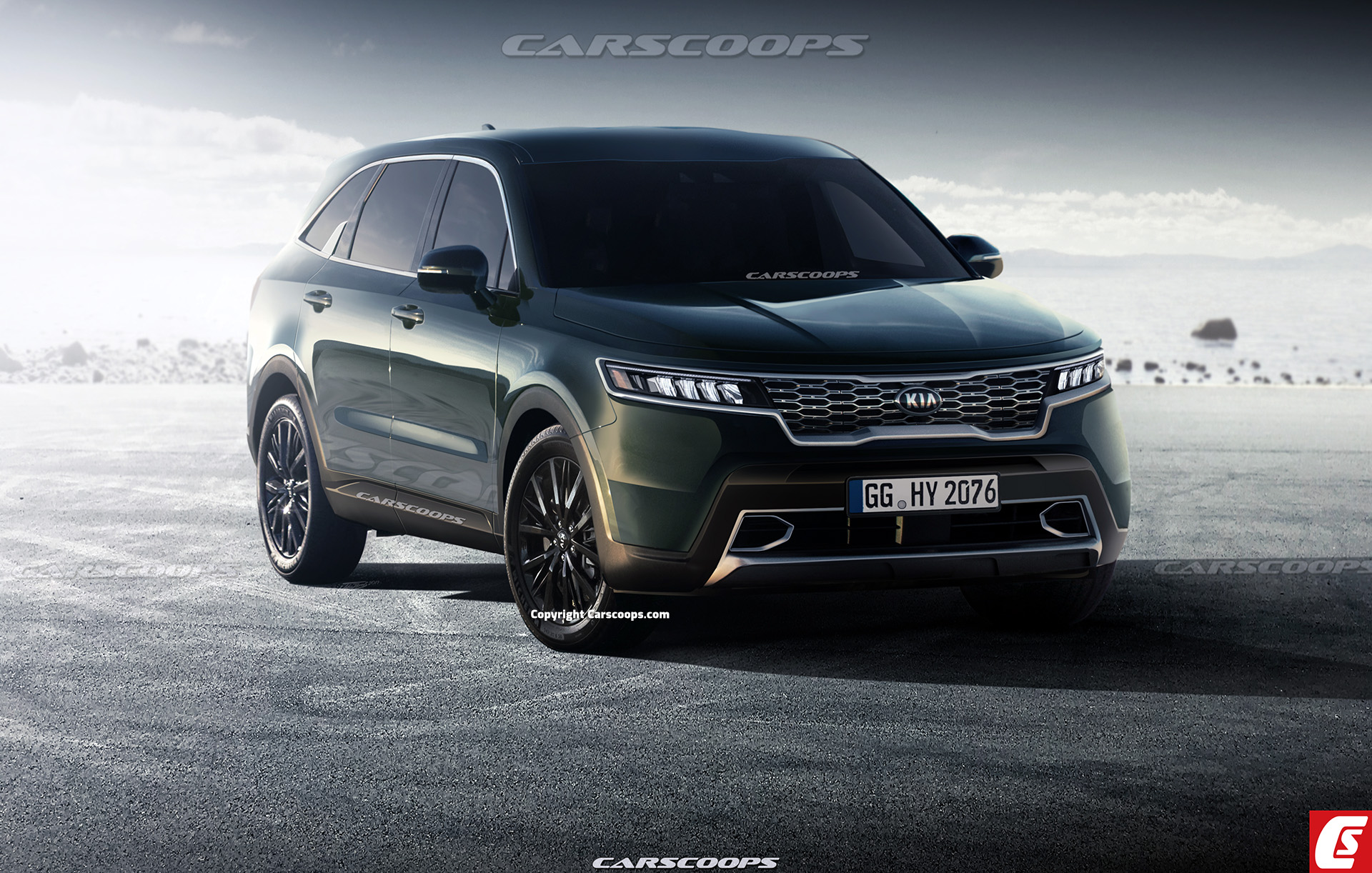 The view from the rear is muscular in a Range Rover Sport type of way, with rakish rear pillars (a hallmark from previous Sorento iterations), a chiseled tailgate spoiler and large diffuser panel.

A Nicer Place To Be Inside

The Sorento is no means a bad place to spend time, however it’s showing its age on the design and technology front. Luckily, the interior is set for a major overhaul – and following in the footsteps of Telluride. It’s going to be a tech-laden, high-quality affair.

Third-row occupants will benefit from an increase in legroom and a pair of USB ports, whilst the front and second-row chairs gain heating and ventilation functionality. A large infotainment screen dominates the dash and incorporates Apple CarPlay and Android Auto as standard. 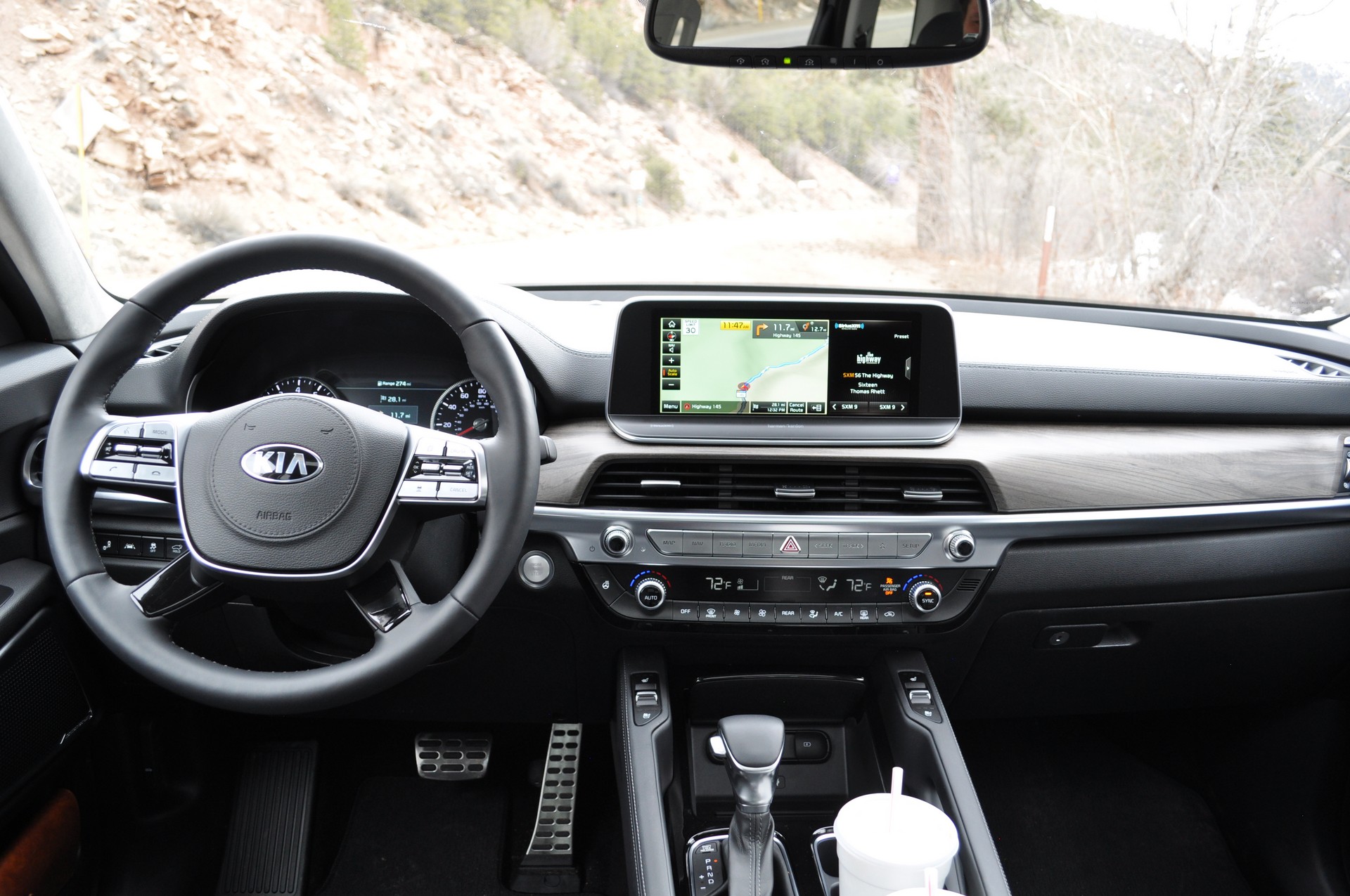 Power to the people

We anticipate a variety of powertrains will be offered, ranging from a 2.4-litre GDI inline-four, 2.0-litre turbocharged four, a 2.2-litre CRDI diesel, and a 2.0-litre, four-cylinder hybrid borrowed from the latest Hyundai Sonata.

There’s conjecture surrounding a range-topping variant with a potent 3.8-litre GDI V6, with 291 horsepower and 262 lb-ft of torque – whether this comes to fruition remains to be seen (fingers crossed). 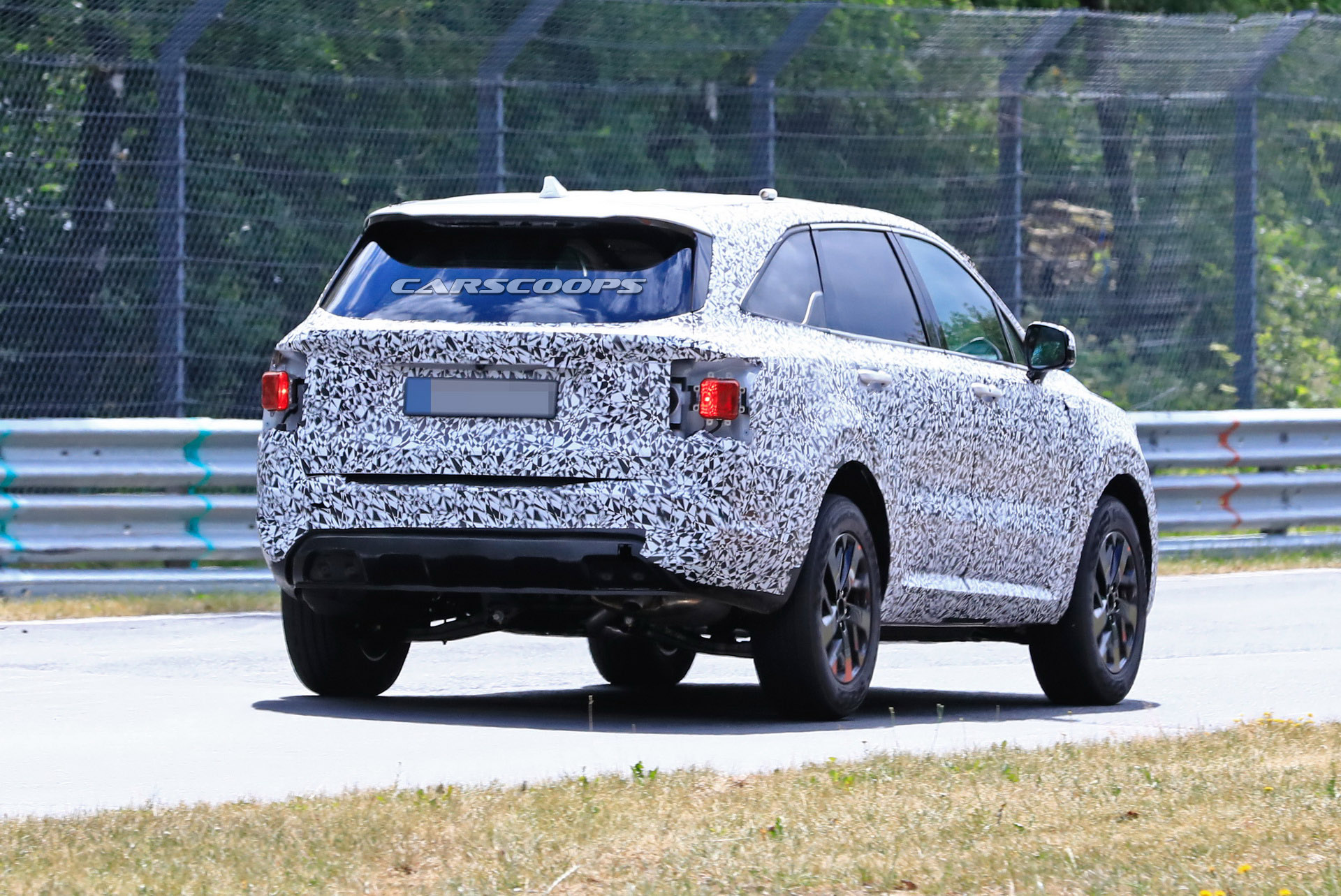 Power will be fed to the front wheels via an 8-speed automatic transmission or to all four, through an active on-demand all-wheel-drive system with multiple drive modes.

The redesigned Sorento will battle against some seriously worthy competition trying to part you from your money.

Expect the all-new Sorento to officially bow in the coming months, with sales starting early next year.

Lastly, would you consider the Sorento over the competition? Tell us in the comments below.

Imagined by Jon Sibal, the Toyota Tacoma will be used for various drifting and rallycross events.

Max Verstappen, Romain Grosjean and others have donated their race suits.

Martini-Wrapped Porsche 918 Spyder Is $1.5 Million Worth Of German Art

This Porsche 918 Spyder has only been owned by one person and has a clean Carfax.

Lexus Designers Shoot For The Moon With Unique Lunar Concepts

Lexus designers have envisioned everything from motorcycle-inspired spacecrafts to a lunar racer.

2021 Cadillac Escalade Teased Yet Again, Will Star In A Short Film By Spike Lee

Spike Lee’s latest joint? A commercial for the 2021 Escalade.

The 2020 Corvette C8 Might Be Detroit’s Hometown Hero, But It’s Not Safe From Thieves

A 2020 Corvette parked on a Detroit street had its wheels stolen and placed on cinderblocks.

Driver Attempts To Flee Police, Ends Up Launching Mercedes Off A Cliff At 100 MPH

Demand for cars is falling in wealthy cities, including in China, India, and Europe.

The limited edition Wrangler will feature an assortment of Jeep Performance Parts.

Martini-Wrapped Porsche 918 Spyder Is $1.5 Million Worth Of German Art