It’s safe to say that Tesla has knocked the automotive industry for a loop by unveiling the Cybertruck pickup. It’s not as much what it can do and how it can do it, but rather the styling, for which nobody was really ready.

But if “Dystopian Noire” is your thing, then you might like to see how that wedge-shaped design language would look like on other categories, such as something low, sporty and with two-doors. Case in point, this render by JHD Creative dubbed… the Cybercar.

Of course, we already know what Tesla’s idea of a sports car looks like thanks to the upcoming Roadster, which is arguably better looking than any of the EV maker’s other models (S, X, 3, Y). The Tesla Roadster features pointy headlights, ultra-flared arches front and rear, and a somewhat Fastback-like rear end design, where the rear pillar stretches nearly all the way to the trunk lid.

So how does this so-called Cybercar compared to the Roadster? While its design is a lot more basic (for better or worse), we could argue that it’s more aggressive-looking. The arches remain flared (at least at the front), but with angular styling instead of curves. The roof meanwhile is still wedge-shaped, but that’s not as big of an issue with something that’s not supposed to be utilitarian or practical.

The frontal light strip is however a little more bent than on the Cybertruck, with the Tesla badge present directly above. Also, for some reason the driver side window is cracked, which is sort of a weird tribute to what happened to the Cybertruck during its unveiling. 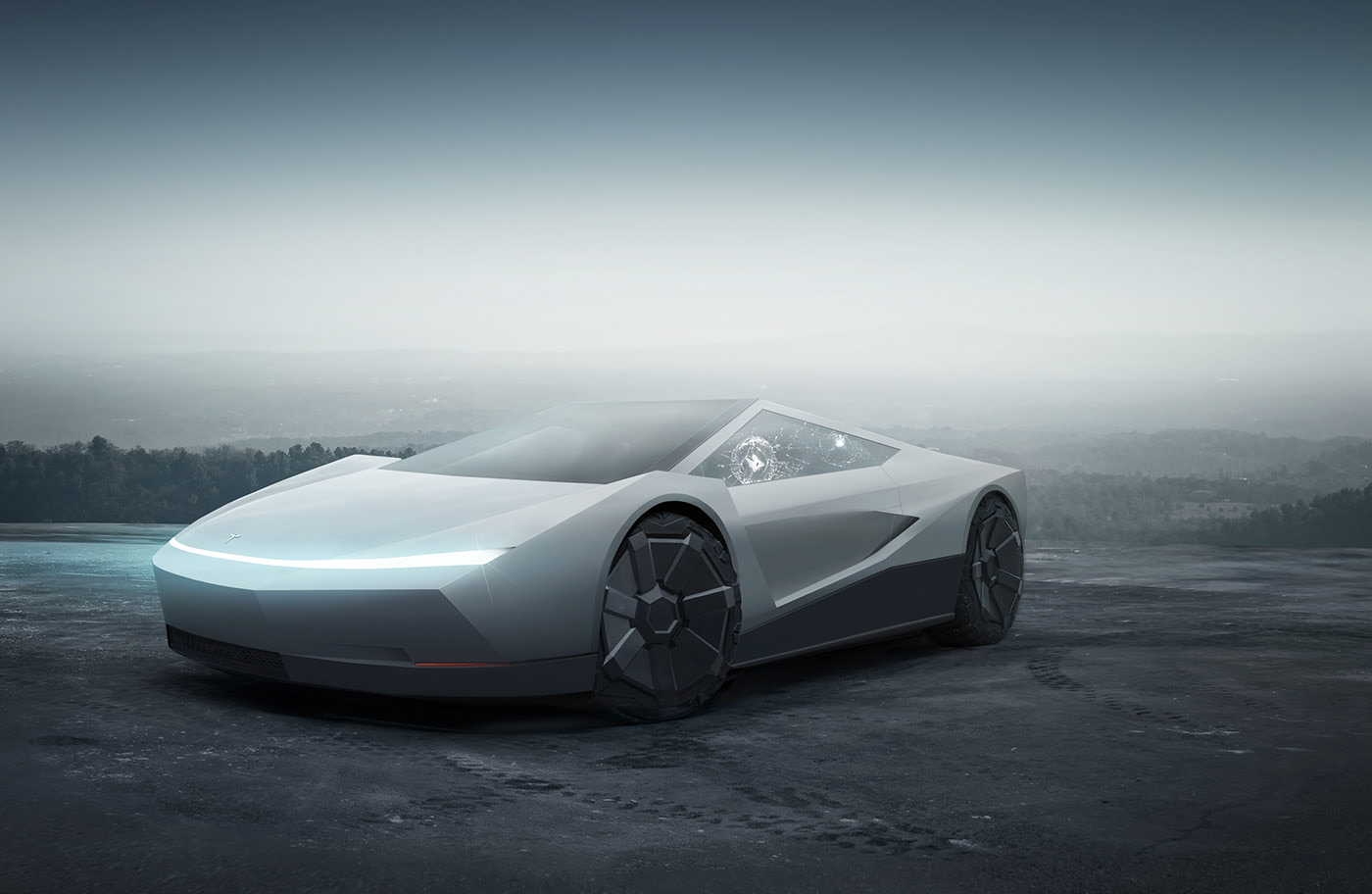 Instead of informing the customer that their car was totaled, the dealership allegedly tried to buy it for $220,000.

The delivery vans will be rolled out by the end of 2024 and see service in Europe and North America.

The speedy Mitsubishi Lancer Evo 10 ended up impacting a small truck before mounting the curb.

This customized Audi Coupe Quattro is powered by a 2.2-liter inline-five unit, mated to a six-speed manual gearbox.

Are The Porsche Taycan Turbo And Turbo S As Quick As Claimed?

Both the Porsche Taycan Turbo and Turbo S rocket off the line with ferocious pace.

BMW And Nissan Join Porsche, Others In Switch From Monthly To Quarterly Sales Reports

Both BMW and Nissan have decided to move on from monthly sales reporting.

The Tesla Model X’s recharging stops added about 10 hours to the trip compared to an ICE vehicle .

Lotus introduces a more refined variant of the Evora with better soundproofing and revised dampers .

Lincoln And Rivian Confirm They’re Working On A New EV, Likely A Crossover

Ford’s partnership with Rivian will spawn a new electric vehicle for Lincoln.

Fast And Furious 9 Gets Teaser Trailer And First Official Poster