The Lotus Evija isn’t just shaping up to be the fastest road-going model ever developed by the British car manufacturer, but could also be one of the fastest cars the world has ever seen.

Powering the Evija hypercar will be four-electric motors that combine to produce an insane 1,972 hp and 1,253 lb-ft (1,700 Nm) of torque. However, as Lotus’s chief aerodynamicist Richard Hill has explained, the Evija won’t just be about insane horsepower and torque.

In a recent in-house Q&A, Hill explained how advanced the aerodynamics of the all-electric hypercar are and how aero will have a big impact on how it drives.

Read Also: This Is How One Percenters Configure Their Lotus Evija Electric Hypercar 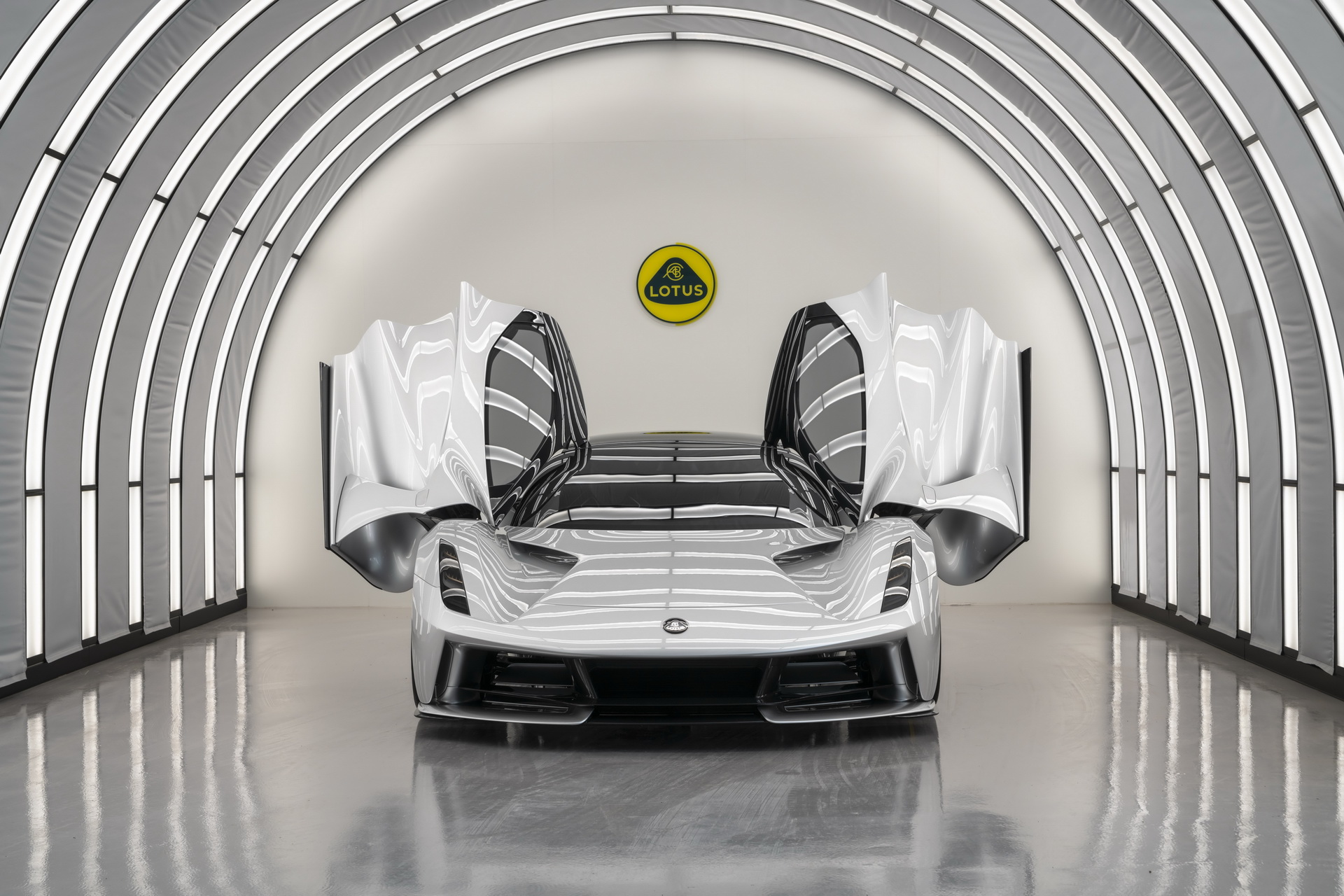 “Most cars have to punch a hole in the air, to get through using brute force, but the Evija is unique because of its porosity,” Hill says. “The car literally ‘breathes’ the air. The front acts like a mouth; it ingests the air, sucks every kilogram of value from it – in this case, the downforce – then exhales it through that dramatic rear end.”

One of the key aero features of the Evija is its front splitter. According to Lotus, the central area of this splitter provides air to cool the battery pack while the air channeled through the two smaller outer sections cools the electric motors at the front axle. In addition, the splitter “minimizes the amount of air allowed under the vehicle, thus reducing drag and lift on the underbody.” The splitter also creates a difference in pressure to generate downforce.

Active aerodynamics are also present in the Lotus Evija, most notably with an adjustable rear wing that can sit flush with the bodywork or get raised. The wing also features a deployable F1-style Drag Reduction System. Lotus has yet to announce drag coefficient and downforce figures for the Evija just yet but is expected to confirm numbers later this year when testing is complete.

Maserati’s Nettuno engine does feature some bespoke parts, however.

Building a Huracan Evo requires 14 hours and more than 4,000 parts.

The Alpina XB7 and B3 perfectly combine luxury with top-notch performance.

The BMW X3 M40i is the only one here that doesn’t feature hybrid technology.

The valet took the Tesla Model S for a joyride, which proved to be a bad idea.

2021 Kia K5 Vs Segment Best-Sellers: Would You Get The K5 Over The Camry, Accord Or Altima?

This Nissan GT-R is probably the weirdest we’ve ever come across.