Toyota has unveiled the new 300 series Land Cruiser and says it had two development objectives for the new SUV. The first was to “inherit and evolve” its spirit of “reliability, durability, and off-road performance” while the second was to create a ride experience capable of tackling any type of road.

But before you get too hyped about it, let us tell you that there are no current plans to offer the new 2022 Land Cruiser in the U.S., though we will probably get a similar Lexus LX version.

Toyota says that it wanted to keep the vehicle’s body-on-frame structure because it “is the foundation that protects the Land Cruiser’s essence.” In order to pursue its mission of making the SUV capable of tackling any road without tiring the driver, though, it has adopted the new GA-F platform for the vehicle, which is based on the Toyota New Global Architecture (TNGA).

That has meant a lighter chassis that is also more rigid and a vehicle whose center of gravity has been moved closer to the ground and whose overall weight is reduced by 200 kg (441 lbs). Toyota handed the Land Cruiser over to many drivers to test it, including Dakar Rally racers in order to make sure that it could compete on and off the road. 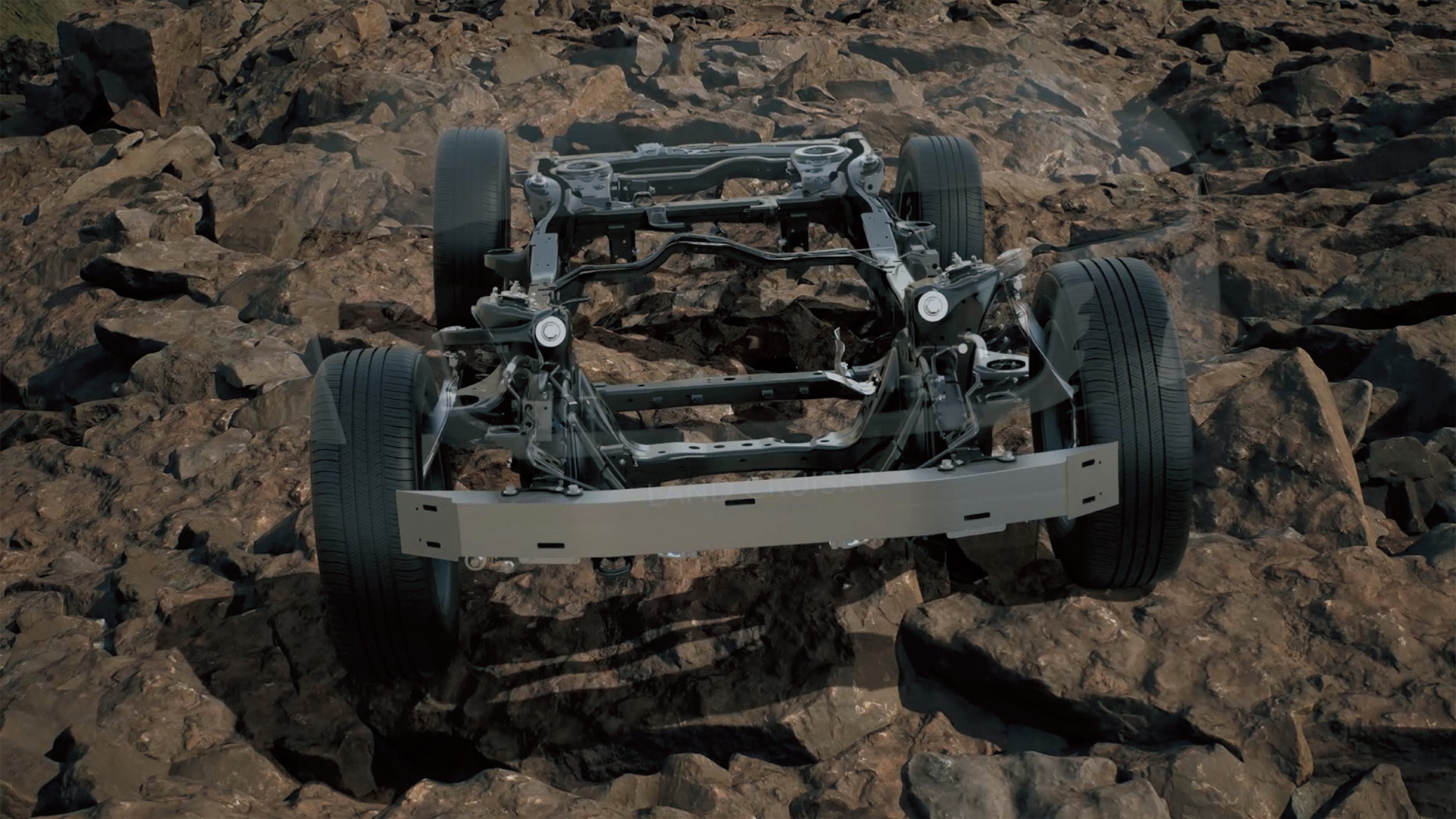 Those tests led to improvements in the basic suspension performance allowing for more wheel articulation, a multi-terrain monitor to give you a better view of the world around you, multi-terrain select which helps optimize the traction for different conditions, and E-KDSS. That last feature is short for “Electronic Kinetic Dynamic Suspension System” and Toyota says it’s a world-first that improves road-holding.

Over The Obstacles, Under The Hood 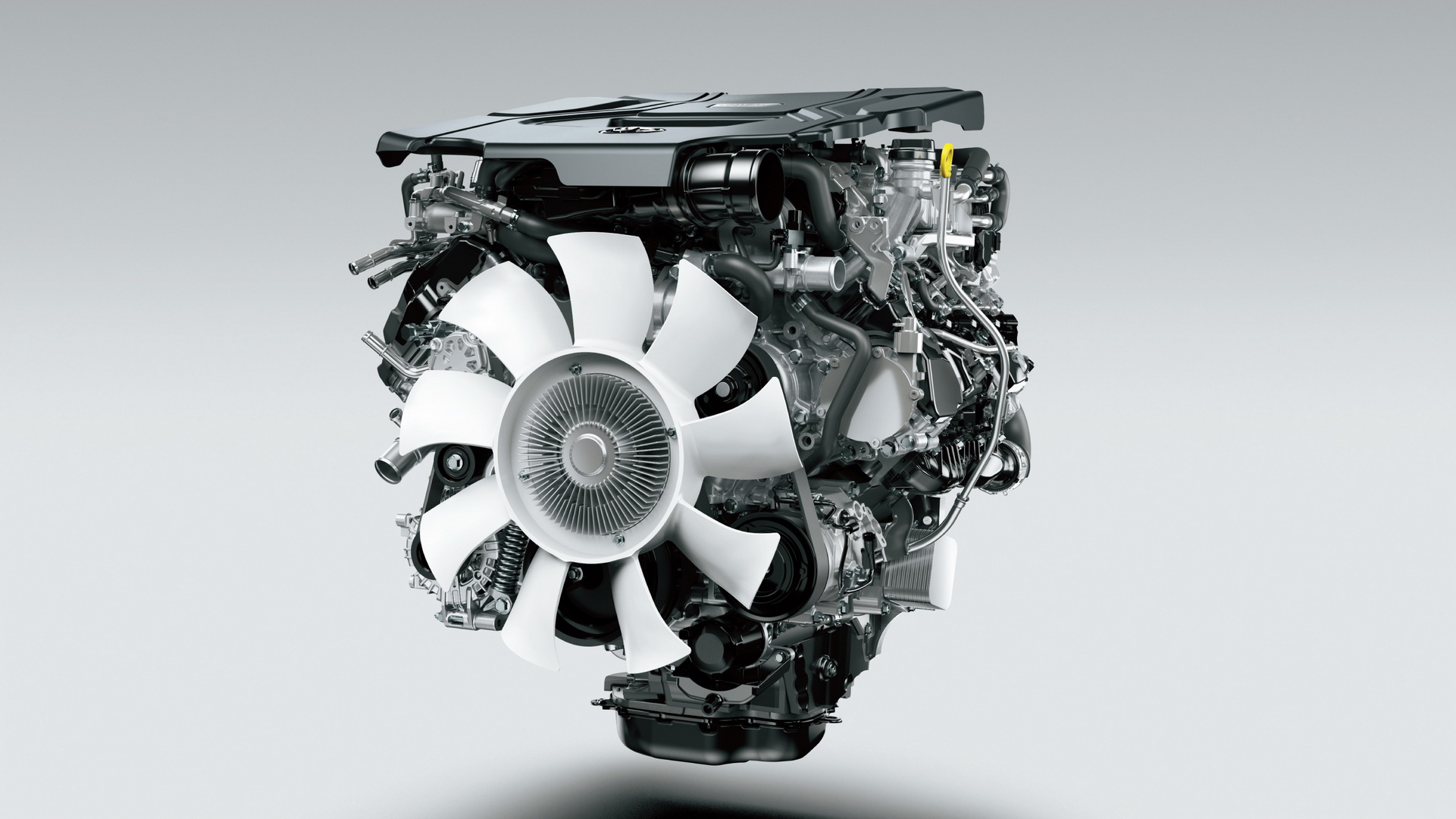 Although fuel economy ratings have not yet been shared, Toyota says that it’s looking to reduce CO2 emissions by 10% a year compared to the outgoing model. In that mission, it will get help from the 10-speed automatic that handles shifting duties for both engines, as well as the reduced overall weight. 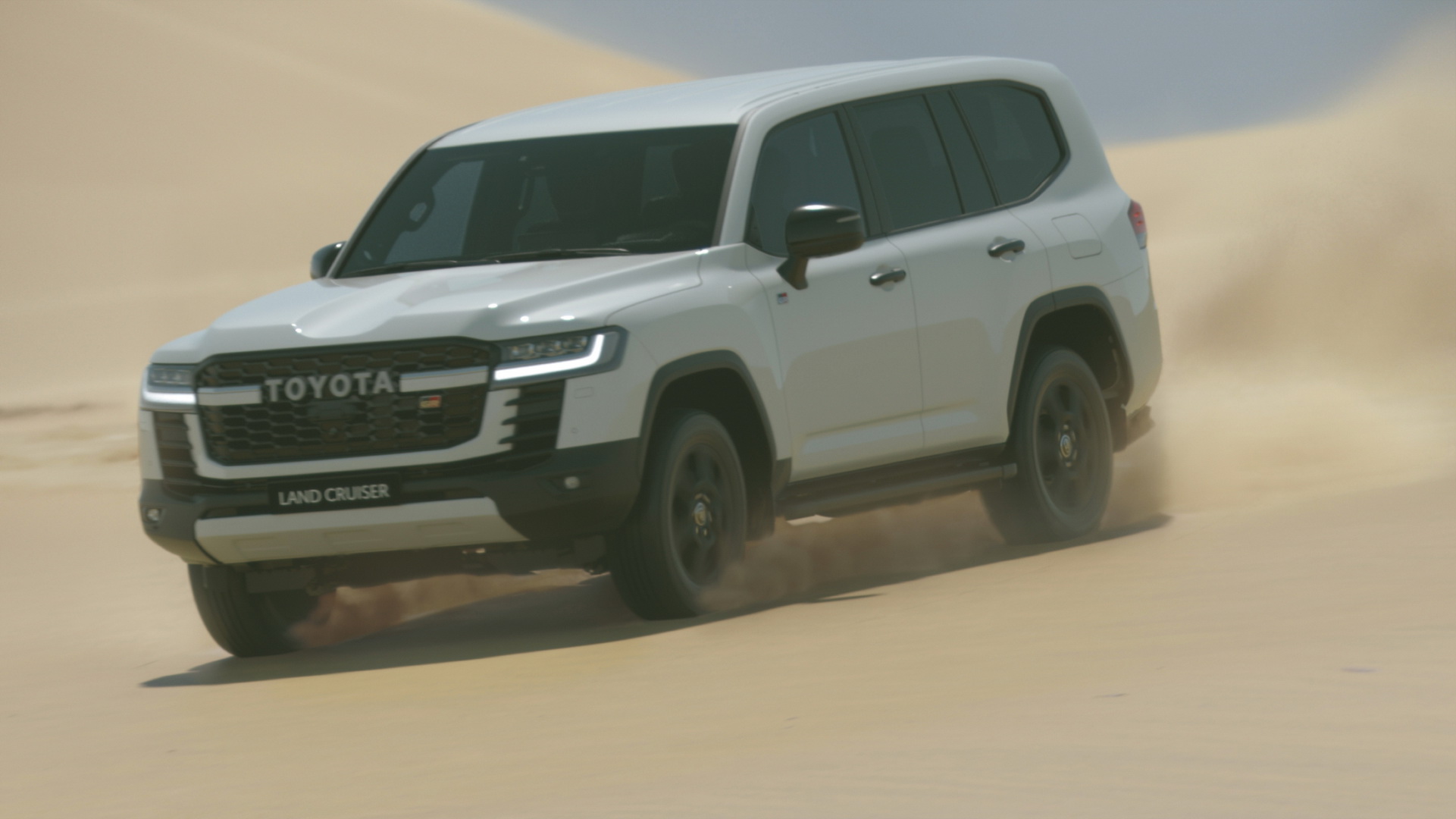 More power and performance are expected for the GR Sport model, which was teased through a series of pictures and confirmed today, but Toyota has not revealed any details about the model. It has said, though, that it will unveil it later this year, without getting into specifics about which markets will get it.

A Shape Determined By Off-Roading

The new Land Cruiser also features new design that has LED lighting elements that extends from the grille and its chunky slats, a popular design choice that helps this wide vehicle look even wider. New squared-off wheel arches cohere with the squared-off design that has been adopted at the front and on the hood (with those two big bulges). The overall shape is not a massive departure from the outgoing model, but the boxy shape looks fit to purpose.

In fact, much of the design was chosen to help the Land Cruiser drive off-road. Toyota designed the bumpers to stay out of the way during off-road driving. The positioning of the lights was also chosen to try and keep you from cracking lenses on the trail.

Inside, too, the design is made for ease of use. The cabin is centered around a big, central infotainment screen, though buttons still abound, a decision that Toyota says was taken to keep things intuitive and easy to reach in off-roading situations. Big chunky buttons will give users access to the system’s menus, as well as the vehicle’s many driving modes. A switch for 4 High and 4 Low modes is another sign that off-roading has been a primary focus of the design.

A gauge cluster with actual physical dials also feels like a deliberate decision against the instrument screens that are so common today. An information display between the two gauges, though, will mean that at least some digital information can be displayed. With an inductive charger for your phone, heated and ventilated seats for your bum, and a JBL sound system for your ears, luxury has not been foregone even if some of the techier fads have been avoided. 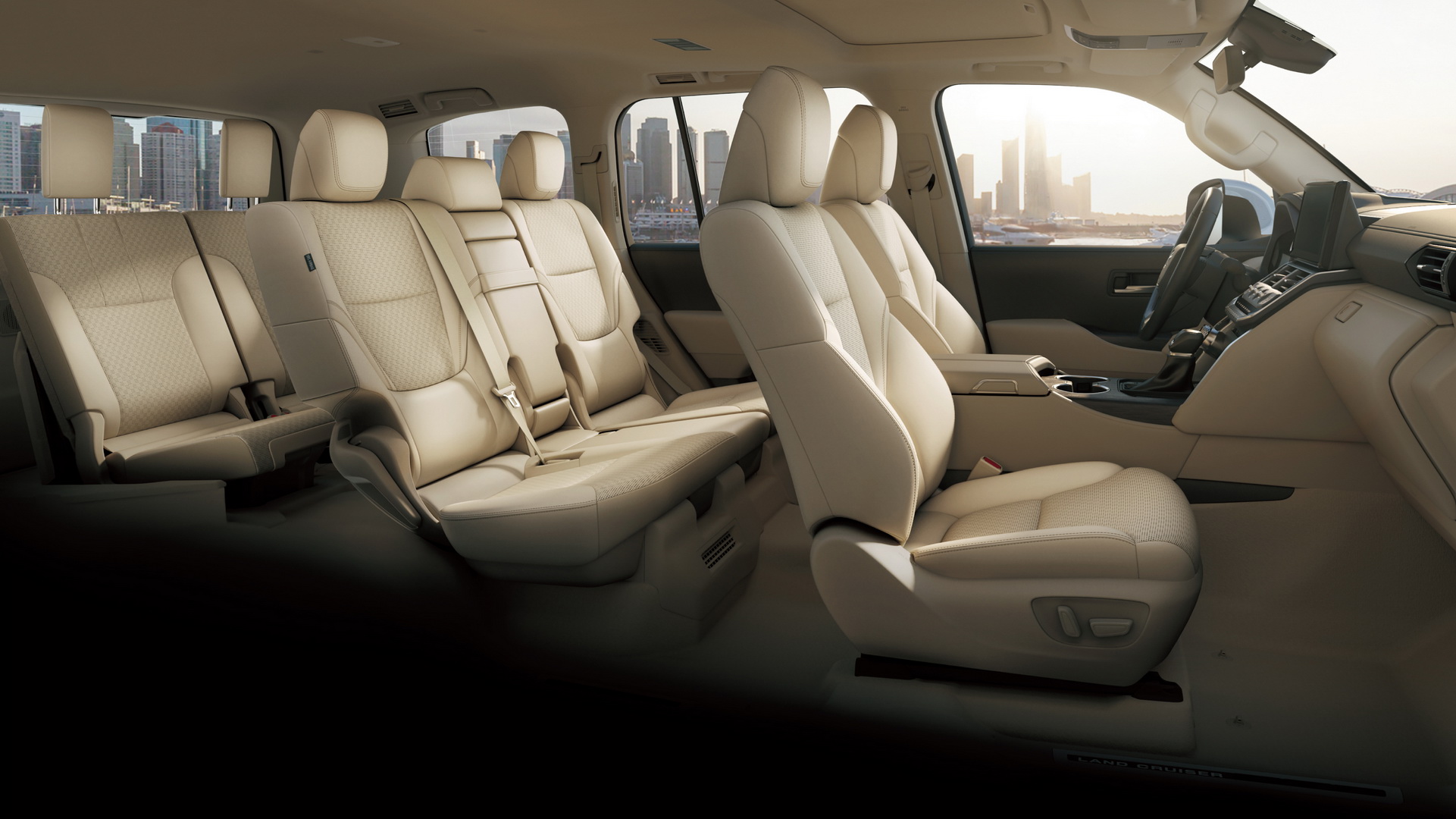 On And Off The Road Safely

Along with all of the off-road technology, there’s also quite a bit of safety technology. The automaker has included its Toyota Safety Sense active safety package, to which two major safety features have been added. The first detects oncoming vehicles as well as pedestrians and cyclists coming on either side at intersections while the second will help steer you away from a crash if it notices you taking evasive action.

Toyota calls the new 300 series 2022 Land Cruiser, “a vehicle that promises to take you anywhere and everywhere and come back alive and safe.” The company says it will launch around the world this starting this summer, though as we mentioned previously, as of now, there are no plans to sell it in the U.S. Pricing for the new vehicle has not been announced.

The Renault Austral SUV will go on sale in spring 2022 replacing the Kadjar.

2022 Mazda2 Hybrid Is A Rebadged Toyota Yaris For Europe

The Mazda2 Hybrid will be sold alongside the regular Mazda2 in the European market.

The Bronco driver hit a muddy pool too hard, cutting off drive to the front wheels.

The owner of this custom Suzuki pickup was rightfully hit with a number of fines.

Lucchese boots have been worn by Lyndon B. Johnson and Zsa Zsa Gabor, and now they’re inspired by Ram.

Can The Genesis G70 Shooting Brake Dismantle The German Hierachy?

The Genesis G70 Shooting Brake is offered in Europe with a 2.0-liter turbo petrol and a 2.2-liter turbo-diesel.

Lexus May Not Top The Sales Charts, But It Does Top Dealers’ Brand Preferences

Can Today’s Hottest Hatchbacks Keep Up With Proper Sports Cars?